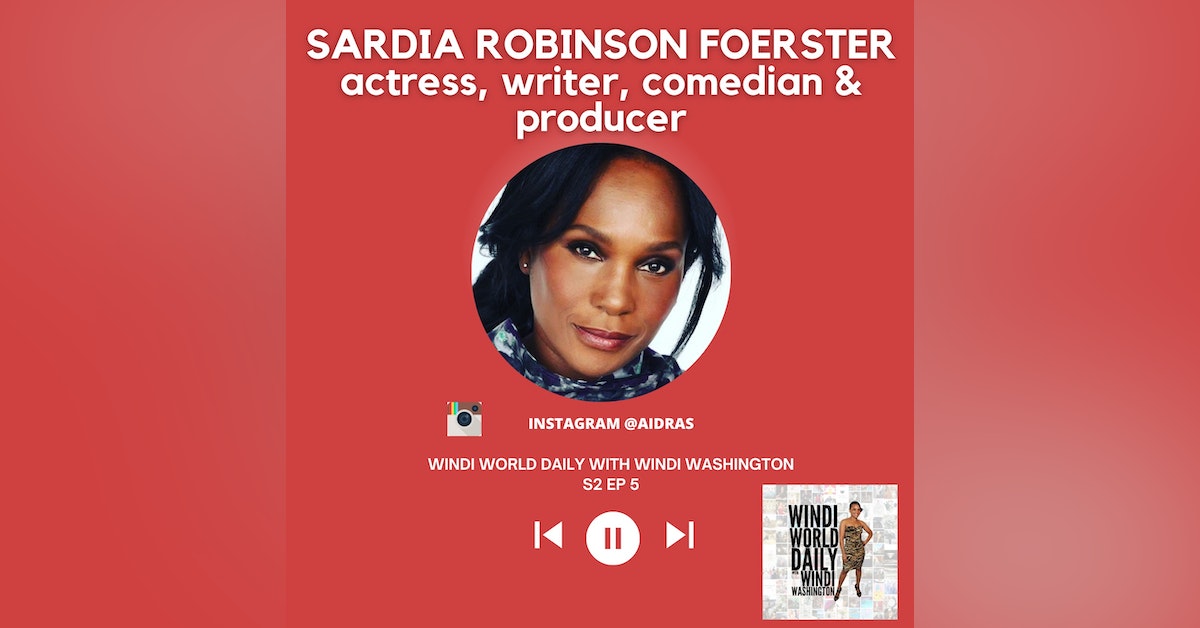 WINDI WORLD DAILY WITH WINDI WASHINGTON had a conversation with SARDIA ROBINSON FOERSTER an authentic, award-winning Jamaican writer, actress, comedian and producer. She is a leader in shifting the narrative for Jamaicans In Hollywood and working steadily to bring diverse, complex genuine characters to television, film and the stage.

She proudly graduated from Columbia College, Chicago, with a BA in theatre. After gaining traction and recognition in the Chicago theatre and stand-up comedy scene, Sardia moved to Hollywood.

While writing and performing sketch comedy and directing well renowned theatre productions, she began to produce for television and film. Her TV series and short films found distribution and success.

Sardia continued to develop her own on screen acting skills and build credits while finishing and eventually touring internationally with her critically acclaimed, autobiographical one-woman show, FROM A YARDIE TO A YANKEE and she can be currently seen on popular Caribbean TV show HOUSE OUT OF ORDER.

Email has been submitted.